Currently, the construction market in Japan is booming supported by vigorous construction investment. When talking with people in the construction industry, this boom is until the Tokyo Olympic Games and thereafter there is a possibility that it may stagnate over the long term. On the other hand, there seems to be some expectation that the business conditions will continue to be favorable due to the demand for construction related to Linear Shinkansen and repair work of aging infrastructure and buildings. I can not tell what will actually happen unless the time approaches. However, in predicting the future, one way is to refer to examples of other countries? 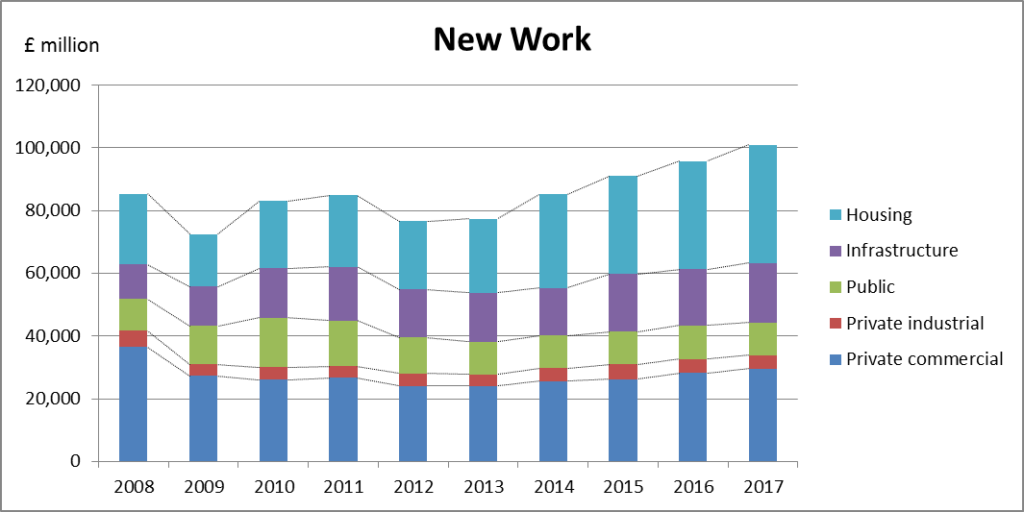 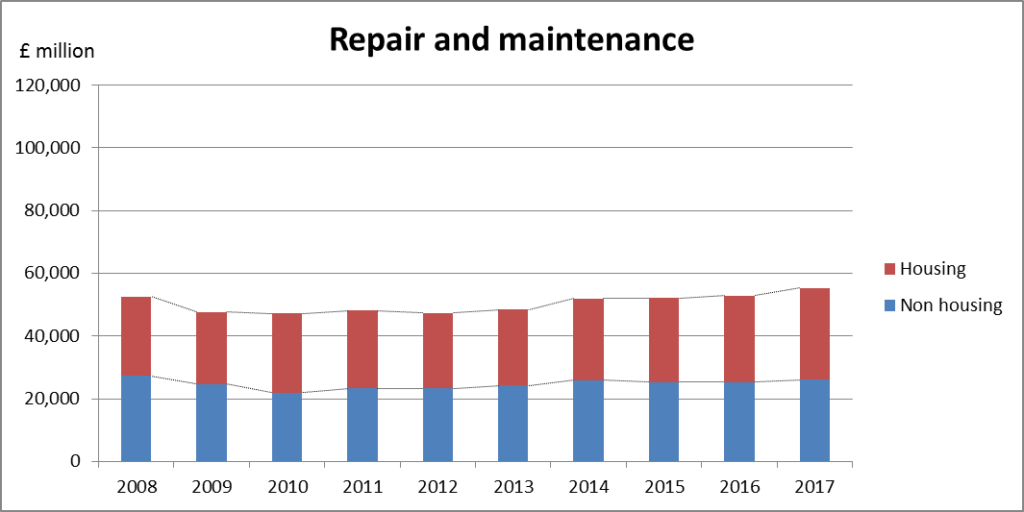 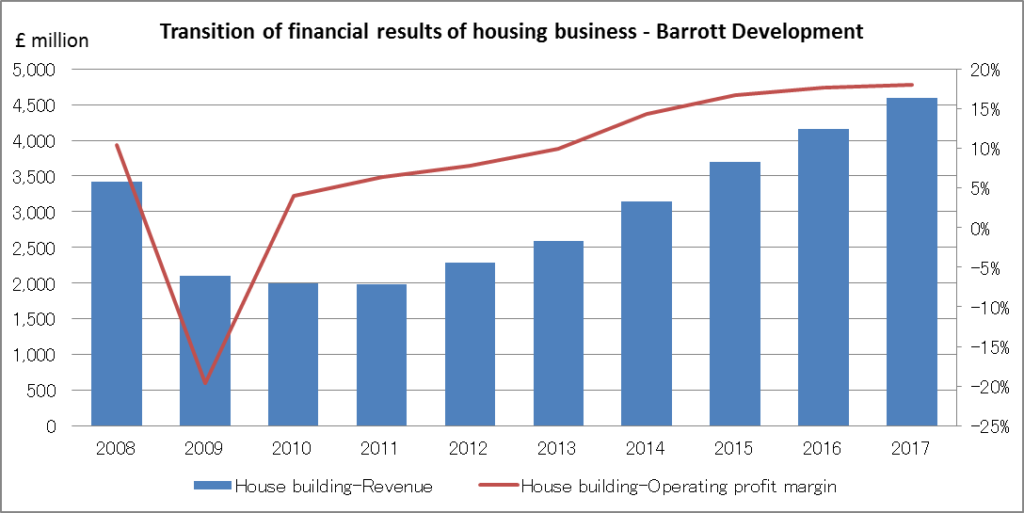 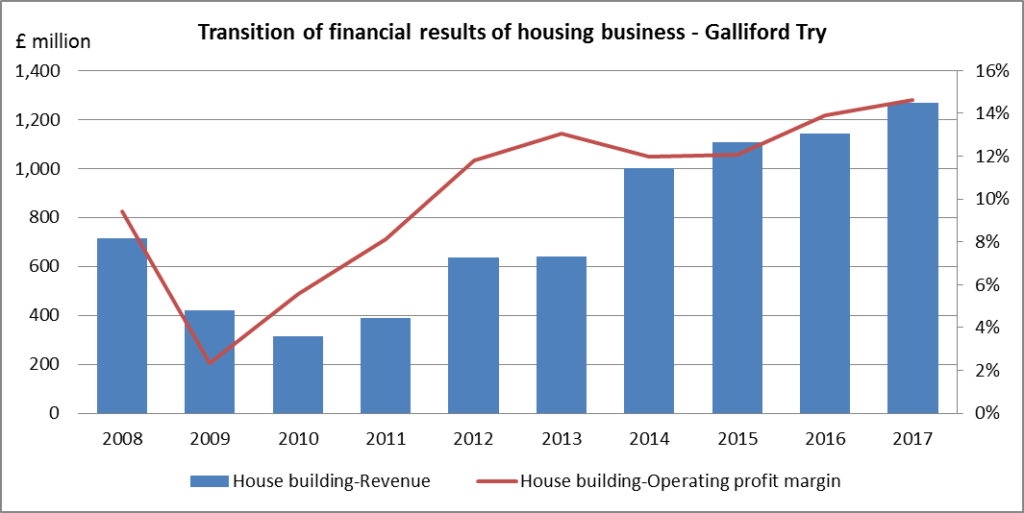 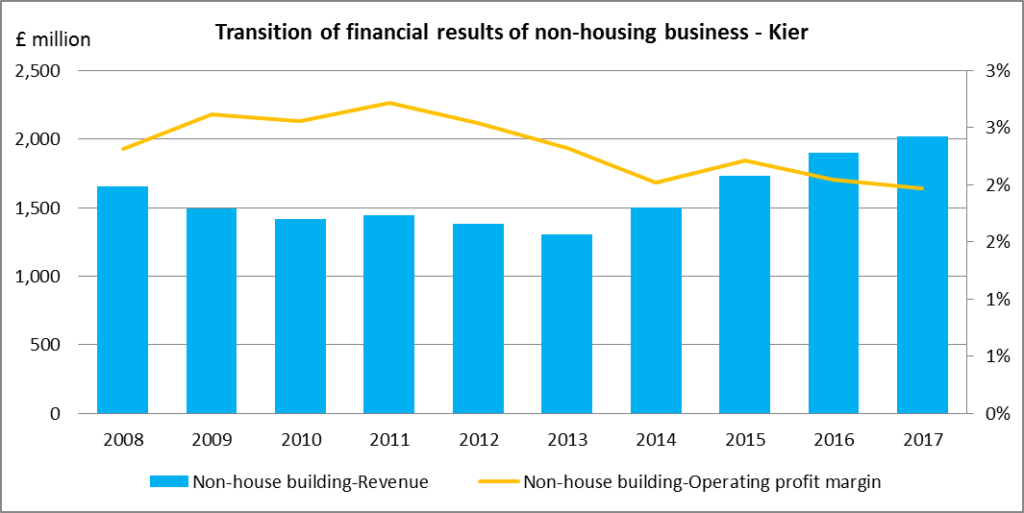 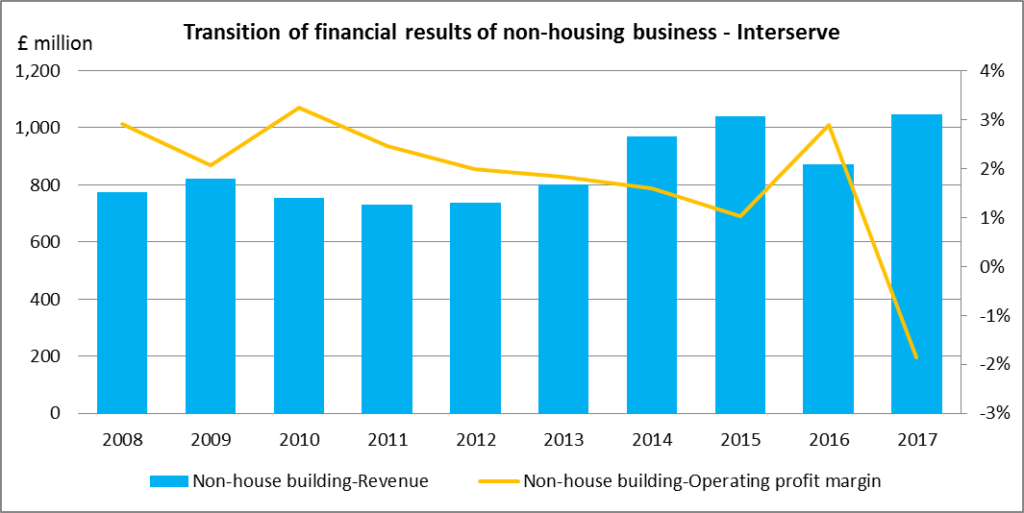 Kier has the No. 1 share in the UK domestic non-residential construction market. It has significantly expanded its support service business in 2014 by a corporate acquisition. As a result, they succeeded in bringing the company's overall operating margin towards an upward trend. Moreover, Interserve corporation in the same industry also expanded the support service business significantly in 2014 by acquiring companies. The company successfully greatly increased the operating profit margin during the 3 years from 2014 to 2016, even though the operating profit margin of the year 2017 declined significantly by the large shortfall of profitabilities of specific projects.

[1] The performance of Kier's non-residential construction business includes the results of construction projects outside of the UK, but the ratio is only about 15%.